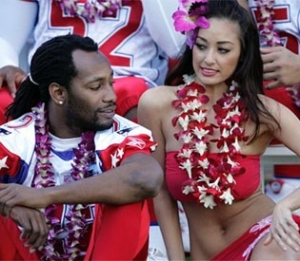 This is what everybody’s playing for. Boobs.

The NFL announced its pro-bowl rosters today. Fans are getting better at voting, there are only a few stupid selections this year: Jeff Saturday lost his starting job in Green Bay months ago, while Victor Cruz, LaRon Landry, and Robert Mathis are big names who have been average at best, certainly not at a pro-bowl level. The rest of the selections may not always be the best guys at their positions, but considering the pro-bowl is in large part a popularity contest, they’re good enough to where it’s hard to complain much about them.

I’m not picking any fullbacks, I like the two tight end look instead. On defense, since it’s difficult to separate the skills needed to play in a 4-3 vs. a 3-4, so I’m choosing players based on the role they play within their defense, rather than their position. Both teams would play a 3-4 base if we actually played this game.

I chose players from a combination of stats (FO/advanced stats wherever possible) and what I remember seeing them do on TV. For offensive linemen, since I don’t focus on the interior offensive line during many  games, I looked at these stats and did the best guessing I could. 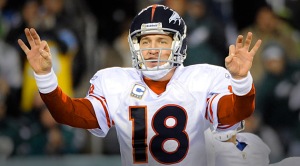 Duh. I’d love to have a clever unorthodox pick to go here, but these two are the best in the NFL by a mile. Rather than risk injury they will sit out the game for one reason or another, and the Honorable Mention guys are the ones who might actually play: Matt Schaub, Houston, Andy Dalton, Cincinnati, or Andrew Luck, Indianapolis. 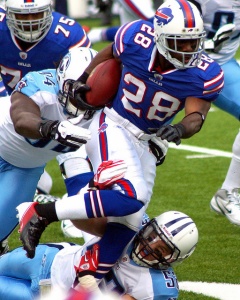 Playing in Buffalo is a sure way for a guy to be under-appreciated; Spiller has been incredible this year. He lost to Arian Foster in the real pro-bowl voting. Foster’s great, I love seeing him do his Namasté touchdown celebration. But if he’s looked good this year, Spiller’s been spectacular.

Remember that year when Jamaal Charles looked like the Tecmo Super Bowl version of Bo Jackson? The Chiefs  had the best running back anybody’s seen in decades, yet inexplicably they kept handing off to Thomas Jones instead. Jones got 15 more carries than Charles (246 to 231), even though Charles was averaging almost twice as many yards per carry! Charles’ 2010 somewhat parallels what C.J. Spiller is doing this year; 2012 Spiller even has a slightly better average than 2010 Charles (6.48 yards/carry vs. 6.34). Those numbers are frightening. With one game to go, Spiller has 183 runs on the year. Between them, Fred Jackson and Tashard Choice have 157. If all 340 of the Bills’ hand-offs had been going to Spiller, he would have broken Eric Dickerson’s single season rushing record in week 15. 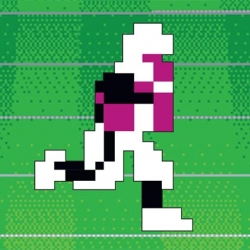 I was surprised to learn that Arian Foster only has one truly great season under his belt. After playing six games in 2009 as a rookie, he blew it up in 2010, scoring 16 times and averaging five yards a pop. Ben Tate was actually more effective than him last year, when Foster was trying to play through nagging injuries more often than not. This year he’s been good, even above average. But he isn’t close to being one of the top three. You’re lucky you’re still popular, Arian!

Interestingly, Denver’s Brandon Stokley and San Diego’s Danario Alexander are 1-2 this year in DVOA, despite (or maybe because of) the limited roles they play on the field. Before the season, I thought the Broncos only signed Stokely because he was Peyton Manning’s friend. I was surprised when he made it on the team, let alone making it on the field. When he’s not making plays, he’s playing Dad, helping Thomas and Decker learn how to be pros, even when they get mad at him for doing it. 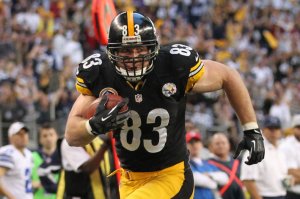 Bill Belichick and many other great coaches have shown that you can never have too many great tight ends on your team.

Gronk is simply head and shoulders better than the rest of the field. Miller is having a career year, his numbers are identical to Tony Gonzalez this year. you may have heard of him. Honorable Mention: Cincinnati’s Jermaine Gresham, New York’s Dustin Keller.. 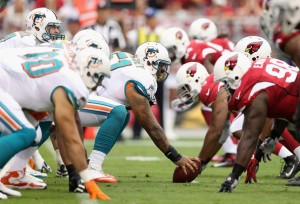 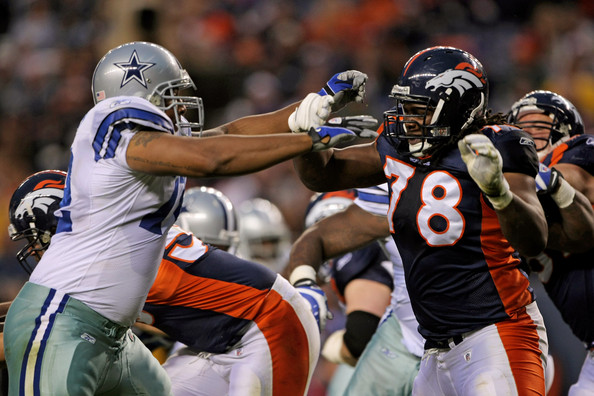 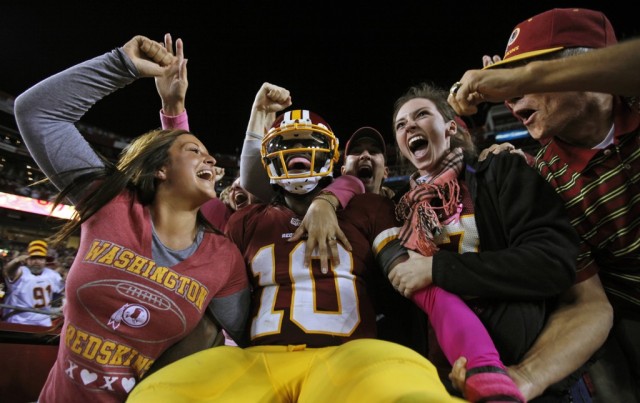 Robert Griffin III with a couple babes he met in the stands (Photo: Pablo Martinez Monsivais/AP)

Aaron Rogers is still the best QB in the NFC, but maybe not for much longer. RGIII is already more fun to watch, and he’s probably the league’s most popular player as well.

The rookie of the year is going to be one of Griffin, Wilson, or Andrew Luck. You could pick any of the three and I wouldn’t argue with you, but I give the edge to Wilson. Griffin has played at a high level from week 1, and even though Russell started out slow, he’s improved quite dramatically. Today, with his teammates, playing in the Seahawks offensive system, he’s probably the most dangerous young QB in the league. Sure, he benefits some from having a strong team around him, but why should he be penalized because his team is good? 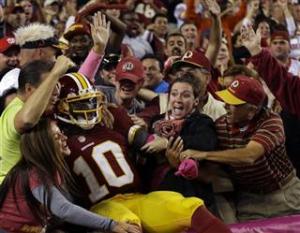 RGIII gets all the girls

Griffin, in the Redskins offensive system, etc. (which the Shanahans brilliantly designed for him personally, from the ground up), gets my 2nd place vote. He has the highest overall potential of the three, and I feel confident that the Redskins will win at least one super bowl with him as their quarterback. One has to wonder, though, if he will begin to run the ball less often as his career progresses, and if so, will he lose the boost he’s giving the team’s running game right now? Would that mean he’s already at or near his ceiling? Or can his growth as a traditional passer surpass whatever advantage the team would lose if he didn’t scramble anymore?

Instead of carrying the ball less often, I’d like to see him get better at taking a hit. He might be the fastest player in the NFL, ever. How many other professional football players have qualified for the Olympics? Anyone? Honorable Mention: Matt Ryan, Atlanta, Drew Brees, New Orleans.

Everybody knows Peterson is making a serious run at Eric Dickerson’s single season rushing record. Peterson has been more of a boom/bust kind of player to get there than most star runners. The Vikings have no passing game to speak of, so defenses stack the box every down, and force a ton of runs to end less than two yards from the line of scrimmage. The thing is, when Peterson gets past that first level of (stacked) defenders, that doesn’t leave anybody to stop him from taking a 15-yard run to the house. I suspect that with a regular 7-man front, a defense could force the Vikings to try to string 10-15 plays together. Peterson could still move the chains a few times, but all the 3rd and shorts in the world won’t amount to many points if Ponder can’t convert them through the air.

I hope you’re not a Saints fan, because Lynch’s 67-yard touchdown in the playoffs is still one of the best runs in NFL history. I understand if it still hurts to think about. Let’s watch it again! 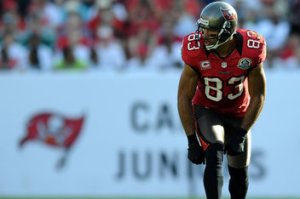 There are a lot of deserving receivers this year, the bar was set pretty high. Nobody likes a guy who punches his own mom, but Bryant’s here for his football talent, not his winning personality. Honorable mention: Lance Moore and Marques Colston in New Orleans, Sidney Rice and Golden Tate in Seattle, Julio Jones in Atlanta, and Randall Cobb in Green Bay, 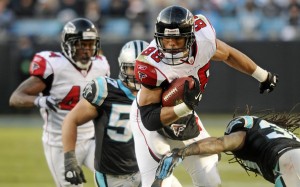 Gonzo is the Jerry Rice of tight ends, and Davis is supposedly the fastest player on his team. I’m going with McCoy and Paulsen as backups, since both have been very effective but underutilized by their teams. They represent the antithesis of Dallas’ Jason Witten, an aging star who’s been only moderately effective but gets big numbers thanks to the huge volume of passes thrown his way. Honorable Mention: Witten. 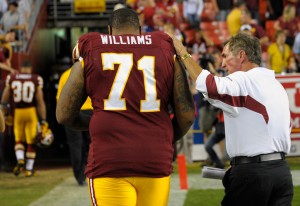 Trent Williams next to a regular-sized human being

The 6’5″, 320 lb. Williams nicknamed himself “silverback,” so he got a sweet looking full-back tattoo of a gorilla. 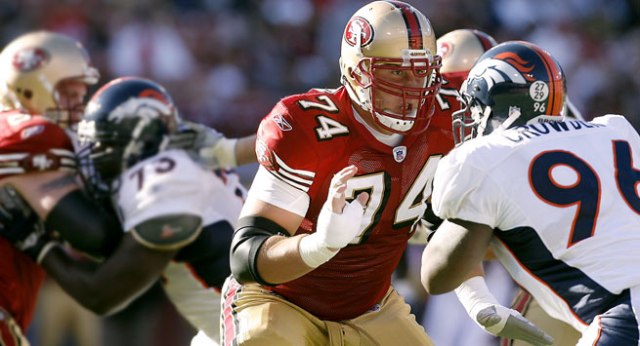 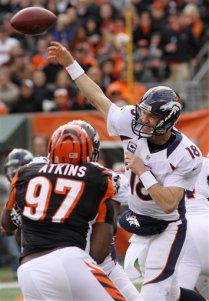 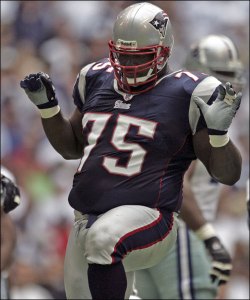 Vince Wilfork possesses the weight and athletic ability of ten smaller men. That he swallowed.

This is a mean looking fucking line right here with these fat guys.

Miller is so much more than just a pass rusher. Honorable Mention: Buffalo’s Mario Williams, San Diego’s Shaun Philips. I haven’t even heard of Justin Houston in Kansas City, or Cincinnati’s Michael Johnson, but their stats (10+ sacks)  sound promising. 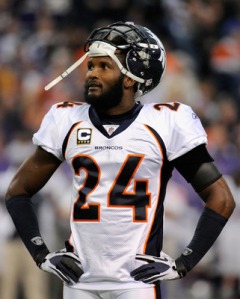 Harris has been so good, the Broncos haven’t even activated incumbent Tracy Porter after recovering from his injury. Like Josh Wilson, Porter is a solid player who lost his job to an excellent one. Porter will have no problem catching on with another team next season, hopefully replacing DeAngelo Hall in Washington. 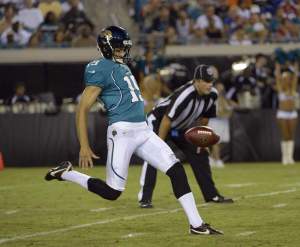 The Ravens’ special teams unit as a whole is one of the best, if not the best, of the last 20 seasons.

Jacksonville drafted punter Bryan Anger in the 3rd round, a few picks before Seattle drafted QB Russell Wilson. They sure got a great punter, sure, so they got that going for them. Which is nice. 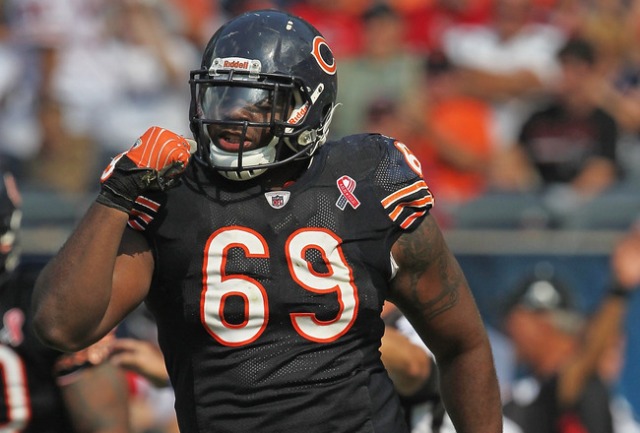 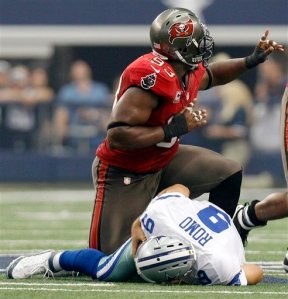 Somebody told me a long time ago that anyone who wears jersey #69 is guaranteed to be a piece of shit. Minnesota’s Jared Allen fits the bill, does Melton? I don’t know a thing about him off the field. But Melton is a big reason the Bears have one of the best defenses of the last 20 years.

Justin Smith is probably the most important player on San Francisco’s defense. Cox is one of the few players on the Eagles that scare me. Honorable Mention: Seattle’s Red Bryant, New York’s Linval Joseph.

Washington is having a heck of a season, and believe it or not, the Cardinals have a very good defense. It’s their offense, particularly the quarterback, that stinks. Honorable Mention: Chicago’s Lance Briggs, Seattle’s Bobby Wagner, Tampa’s Lavonte David. 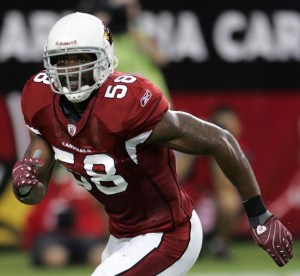 As impressive as Chicago’s cornerback pair have been, I’m even more impressed by Seattle’s 6’4″ bookend corners. Check out this play Browner made: 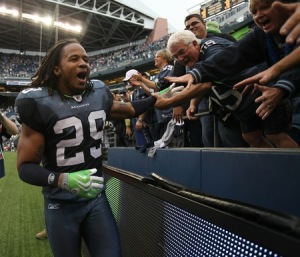 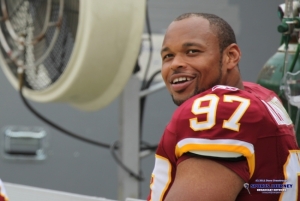 Since he’s been in the NFL, Lorenzo Alexander has played guard on the offensive line, all positions on the defensive line, as well as his current position of outside linebacker, and now made the pro bowl for playing special teams.He is a FOOTBALL PLAYER!

… .
View all posts by Screwfloss →
This entry was posted in Analysis, Awards, I <3 Football. Bookmark the permalink.